In memory of Michael T.
Founder and Owner of BersaChat.com 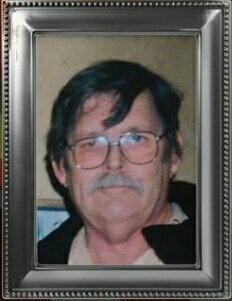 Michael T, after a long illness, passed away at his Daughter's home at age 70 on Sunday February 26, 2017. Michael T. was a former Trucker, Gunsmith and the owner of the BersaChat Internet Forum. He was a Sgt. in the U. S. Army having received the Purple Heart during service in Vietnam. As a Vietnam Veteran, Michael had a special bond with certain folks on this forum that only the people that served there really understood. Michael would reminisce about the good and the bad times with these Brothers. Michael understood firearms, knives, swords, and brought that knowledge to BersaChat. He really did love the members on this forum and BersaChat was the love of his life. He always put the best interests of all the members first, even if it meant someone had to be banned. He continues to be missed by all of us and always be remembered.

His signature lines tell us a lot about the man: "Those who make peaceful revolution impossible, make violent revolution inevitable." John F. Kennedy.


John Bernard Books: I won't be wronged. I won't be insulted. I won't be laid-a-hand on. I don't do these things to other people, and I require the same from them. Words to live by.

The purpose of the pistol is to stop a fight that somebody else has started, almost always at very short range.-Jeff Cooper

11,997 posts on the original Bersa Talk Still the King on total posts.

"WWJBD" What Would James Bond Do?

SECURE our borders, DEPORT all illegals, STOP IMPORTATION OF HOMELESS MUSLIMS, TIME TO TAKE BACK AMERICA!